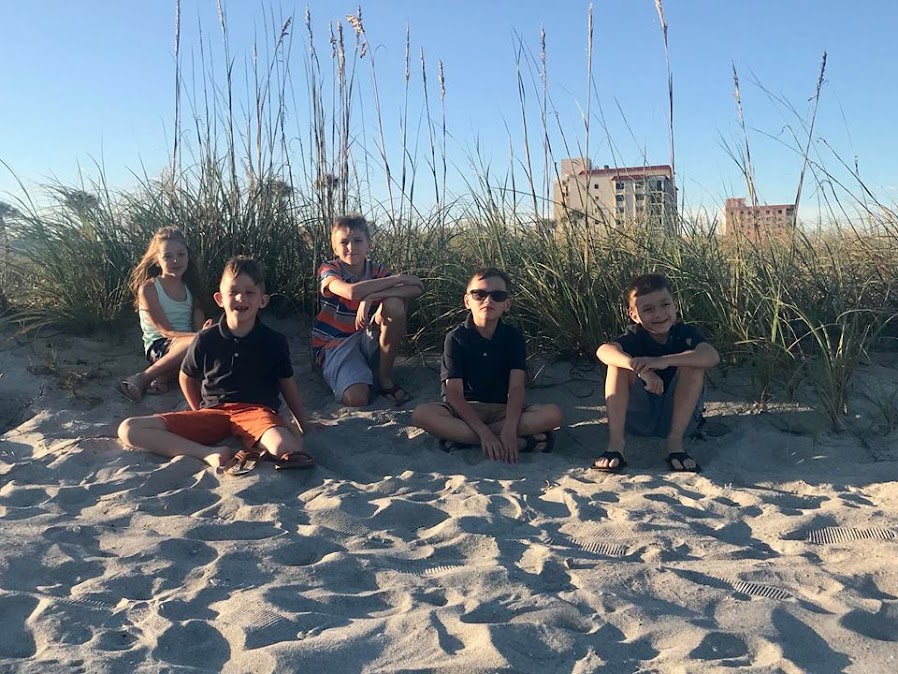 We've been in our house for a little over a year. I've slowly been making changes. 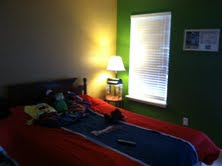 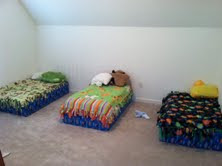 A few months after we moved in our basement flooded. Brian and I put it back together ourselves. It looks great!! We plan on adding a wet bar in the future, we just aren't ready yet. For now it's home theatre and play area for us. After the basement was finished I painted our master bedroom. I liked it at first, now I think down the road a color change is in order. I then moved onto Emma's room. Green and purple! I recently found Tinker Bell and fairy stickers. SHE LOVES IT!! It's the first thing out of her mouth every morning. "IT'S TINKER BELL!" After Emma's room was finished, I moved into Drew's room. He wanted green, of course. It's only his favorite color. I didn't feel the need to buy new bedding, so I thought I would paint green and brown to go with his baseball comforter. IT WAS PERFECT! He loves it. My only problem now is finding baseball curtains. I started on the living/dinning/kitchen area just before Christmas. Brian and I have been a bold paint kinda couple as long as we can remember. Instead we went neutral. My sister about fell over when she walked in and saw the color. It's a wide open space and going bold would've been tough to pull off. I've continued the paint color into the hallway, but haven't finished. It's my goal for tomorrow. Only because I'm itching to start on the boys room.

Brian built the quads beds himself. All four beds for $200.00. I had a blast picking out fabric for them. I know it probably would've been easier to just go buy four new beds, but it just wasn't budget friendly at the time. Jack and Emma have been in their beds for a few months now. Parker and Maddox just moved to their beds in the last two weeks. They have all done great. It was a much smoother transition than I ever anticipated. I'm sure them spending all day at daycare and being completely worn out helps tremendously.

The big news was our new toddler beds. In other news, we've all been sick. For some reason we've been unable to get rid of these germs. We've had pink eye, sinus infections, croup, and ear infections. It's wearing me out just typing it. I seriously don't know how I'm going to survive if we continue this germy path. YIKES! Brian and I are trying to survive the quads entering the terrible two's stage. They are officially two tomorrow. As 2-12-10 was their original due date. Pushing, slapping, NO, MINE, toy snatching, crying, and throwing fits has us both frazzled. Drew has been a good big brother. He's starting to kind of referee the quads. He's going to play his first sport this spring. He decided he wanted to play tee-ball. Brian and I are super excited. I will let you all know more about that once Brian gets more information.

I hope to post more once we get past these germs...I'm feeling bad it's been so long. 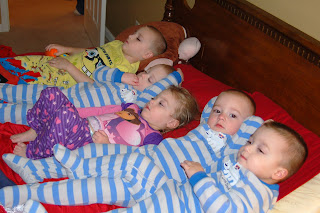 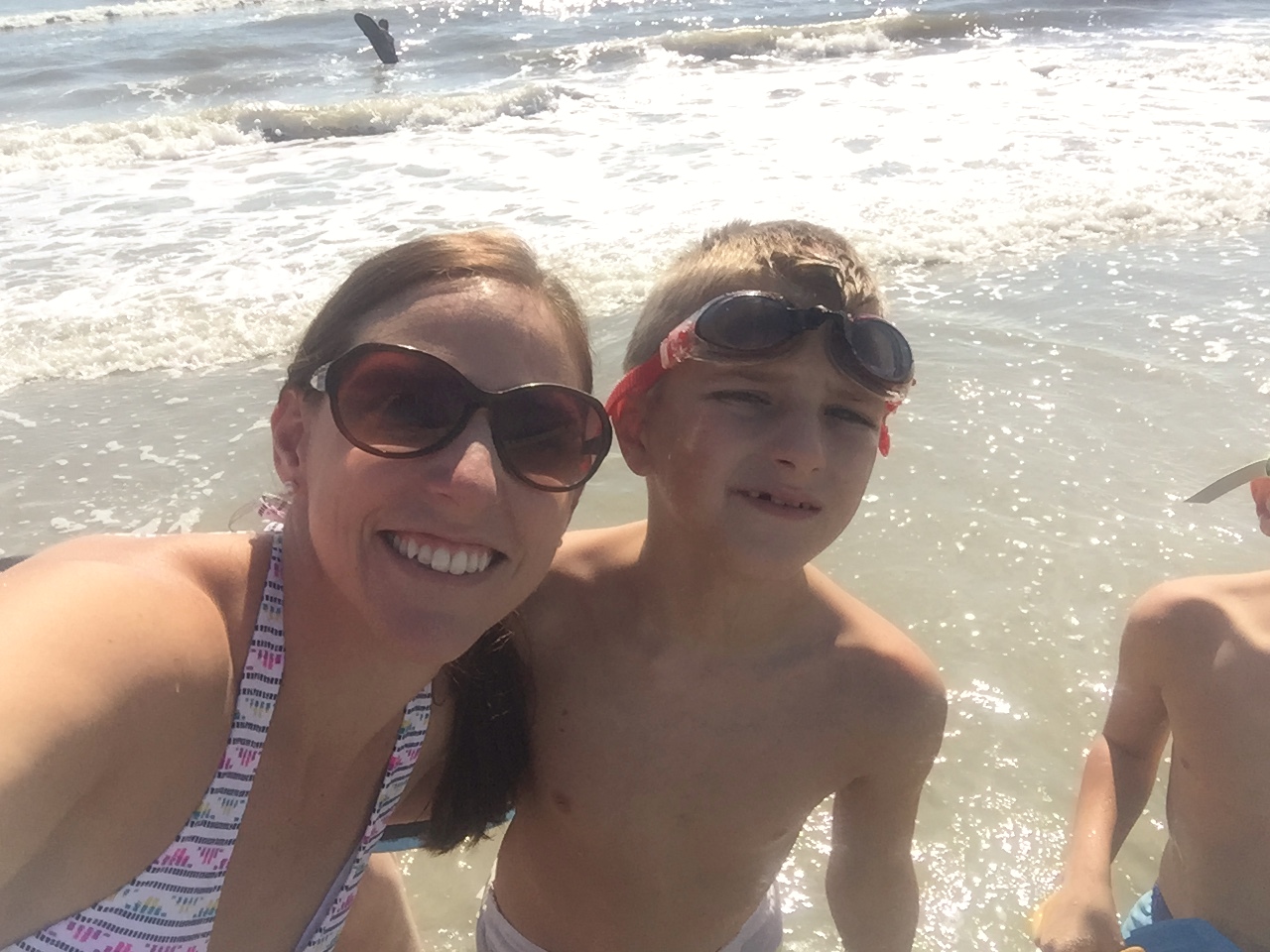 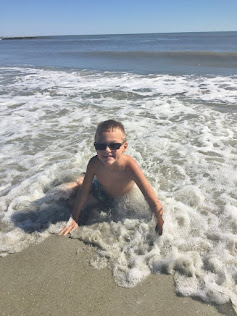 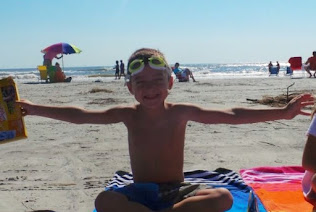 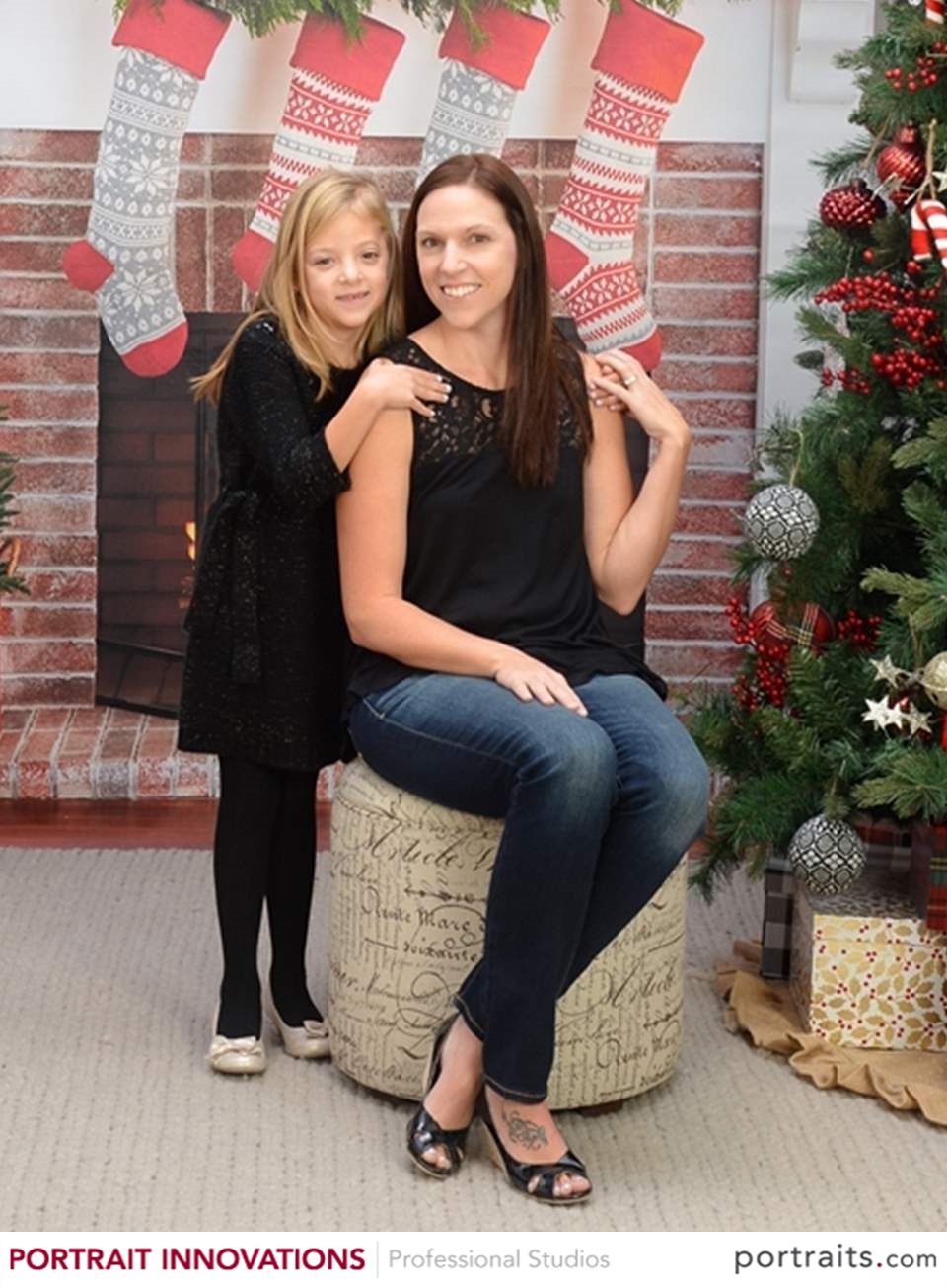 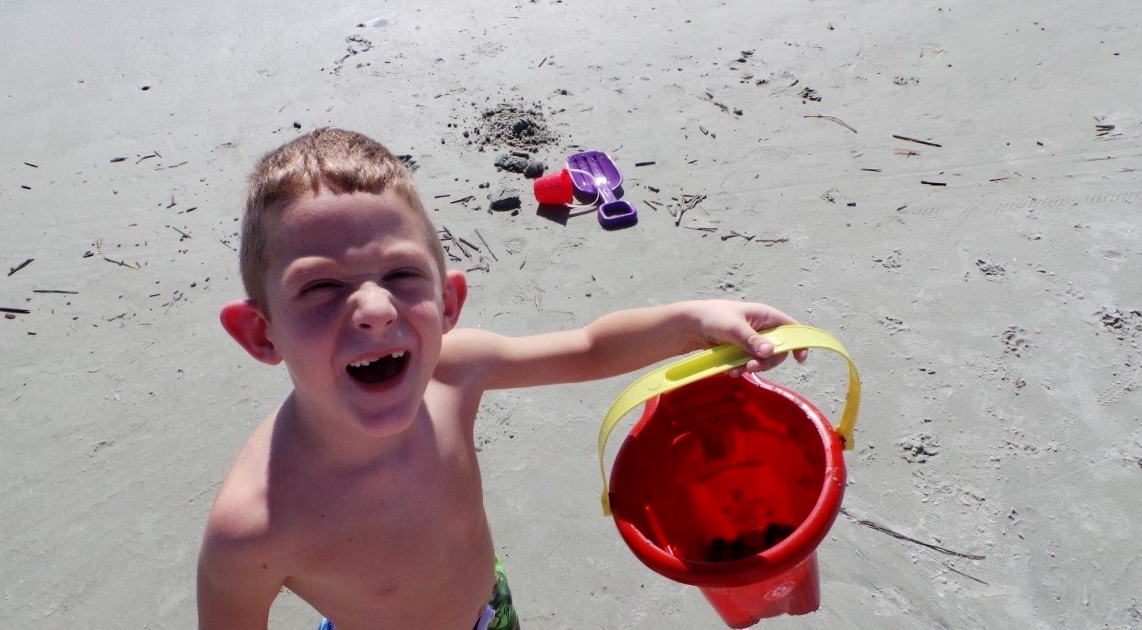